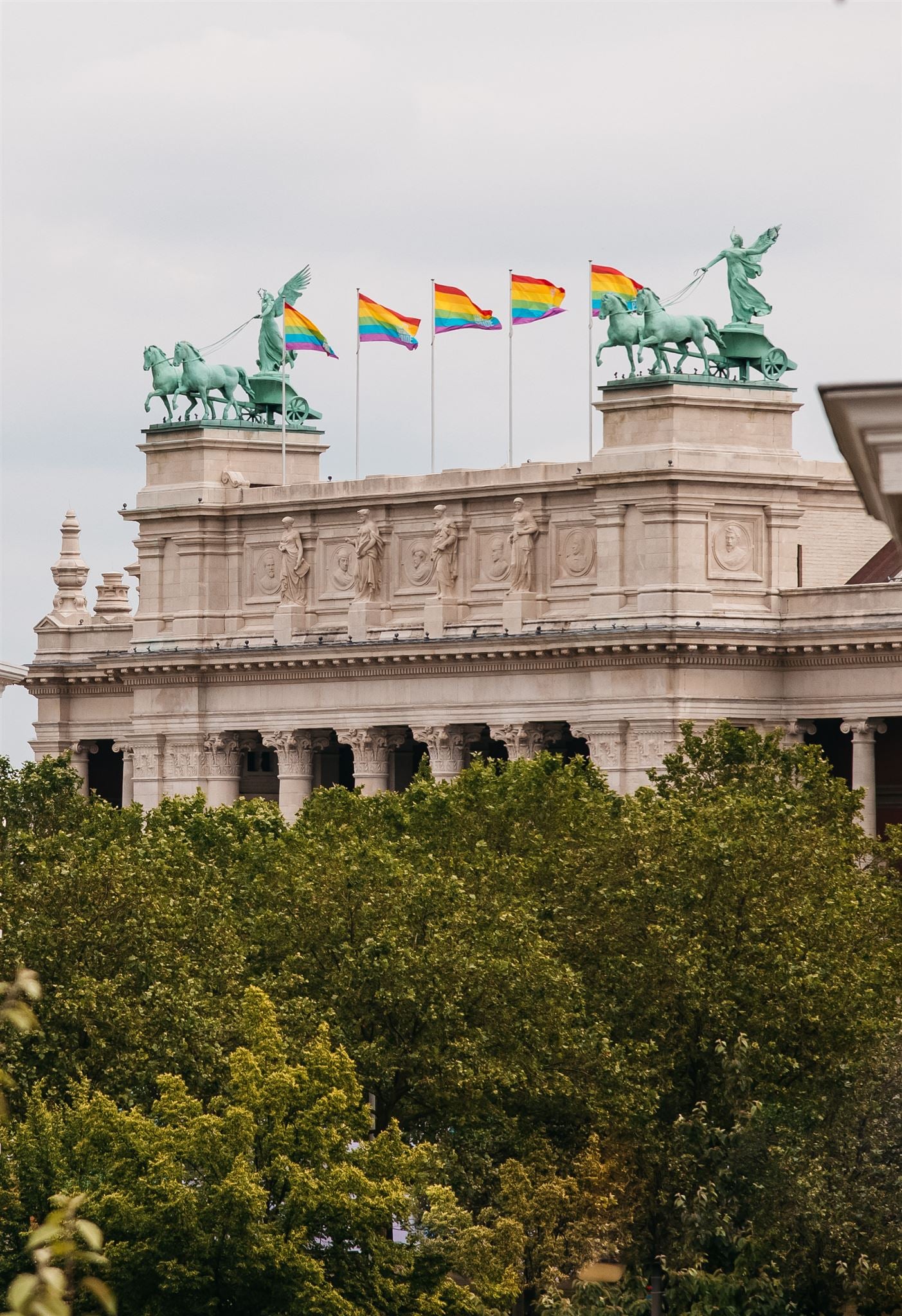 As a reaction to the new anti- LGBTQ+ laws in Hungary and the decision to forbid the football stadium in Munich to use rainbow coloured lights for the match between Germany and Hungary, a lot of people and organisations are taking action: Hungary’s Prime Minister Viktor Orban’s Facebook page is flooded with rainbows, Ghent’s football stadium is lit in rainbow colours, visitors to the football match in Munich carry rainbow flags and the internet is alive with protest, ranging from hilarious to deeply upset.

We just received this photo of the Royal Museum of Fine Art in Antwerp, that’s proudly showing 5 rainbow flags from their roof since this afternoon.

They say: “Tonight we fly the rainbow flags again. Because it’s needed. Because love is love.”