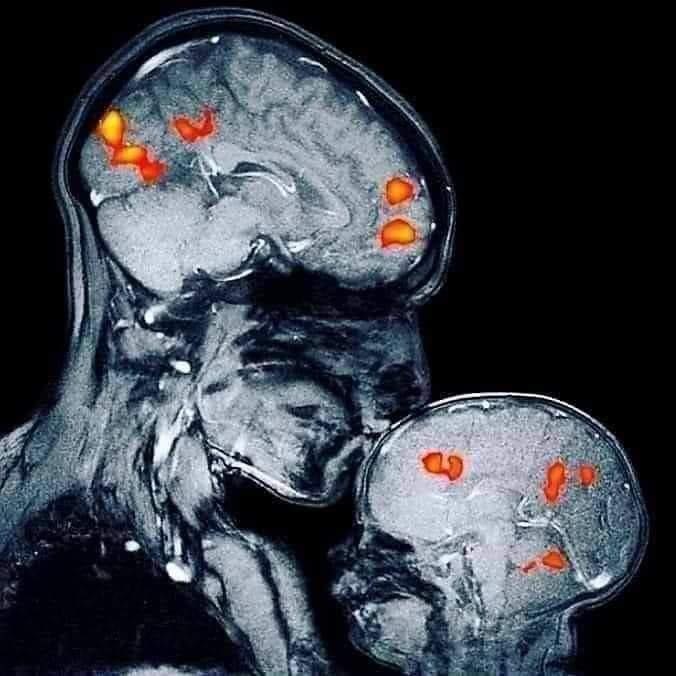 Neurologist Rebecca Saxe presented the most beautiful photo of the year. The magnetic resonance image captures what happens when a mother kisses her two month old son. The lips placed on the little man’s head immediately trigger a reaction in his brain. Dopamine is released -which makes us feel good- but also oxytocin, baptised the love hormone because it’s responsible for affection and bonding.

Kissing causes a chemical reaction in the little one’s brain, an explosion of oxytocin. It reduces anxiety and increases confidence, sparking feelings of affection and attachment, a sign that the baby understands that he is being protected. Dopamine is also released, making us feel good, plus vasopressin, the glue that connects mothers to babies in their first months of life. The presence of serotonin, the one that regulates our mood, was also detected.