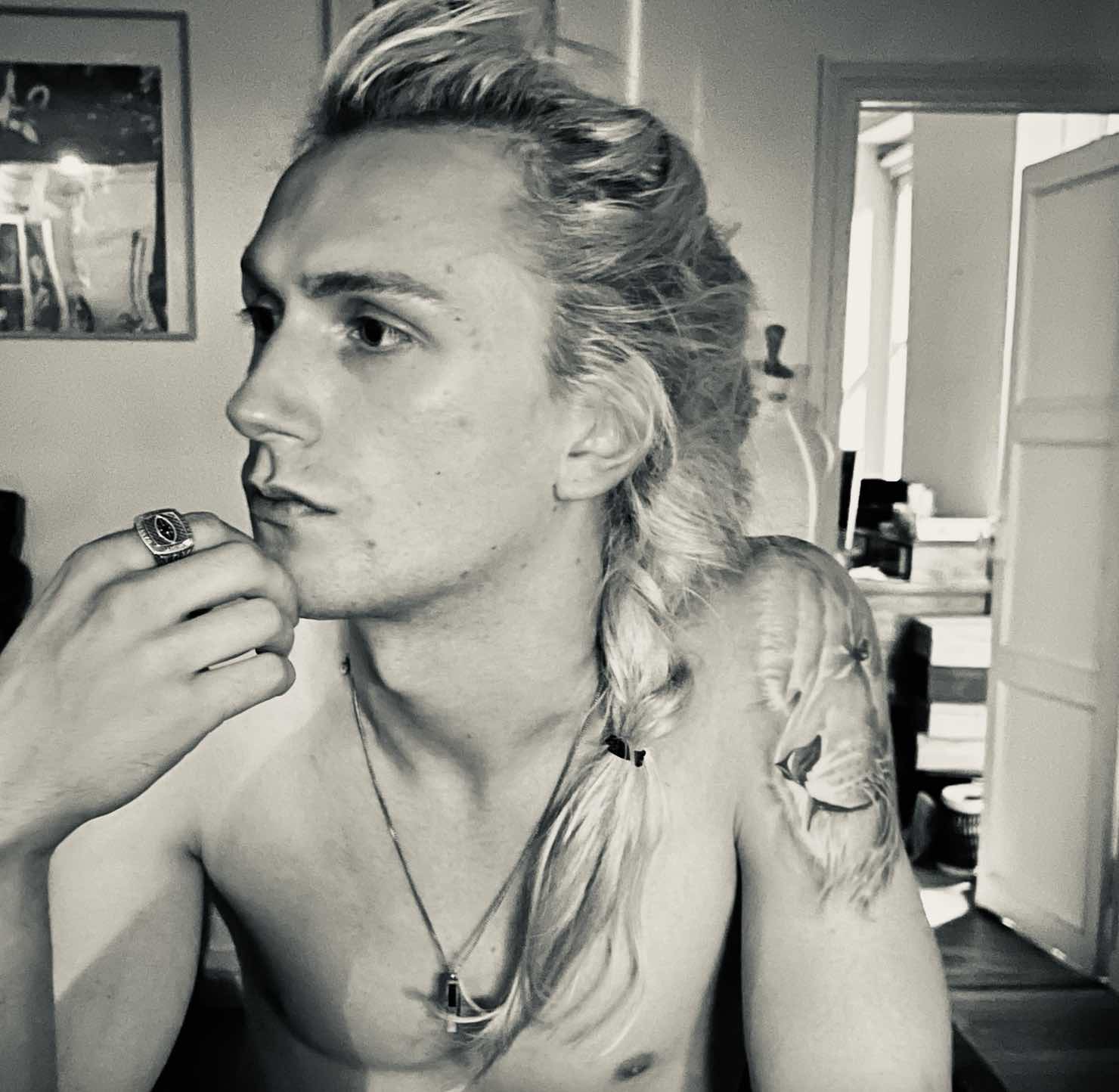 “Beauty is just a matter of light”

Rafael Jimenez:  “I met Ross when he just moved to Paris. He was doing his laundry in a Lavomatic and I was passing by. We used him as a model at the showroom and introduced him to Success Agency. He did the Rick Owens show and quite a few other brands. We became friends. This capture was at home. We were just having fun and I noticed his tattoo. I realised there was a similitude with him and captured it in this shot.”